Russia’s invasion of Ukraine on the 24th of February 2022 has dominated the global news cycle and set the global order on a knife edge. The aim of this webinar is to interrogate South Africa’s contested position on the Russia-Ukraine war. What explains South Africa’s stance on Russia-Ukraine conflict? Does it have to do with the African National Congress (ANC)’s historical ties with Russia? Is South Africa wearing a BRICS hat by withholding its condemnation of the Russian invasion? Can this position be read as evidence of South Africa’s agency and independence in international affairs? Moreover, what can we learn about South Africa’s understanding of its place in the future of the global order from its position on the ongoing war? These and other questions will be unpacked addressed by an eminent panel at the webinar. 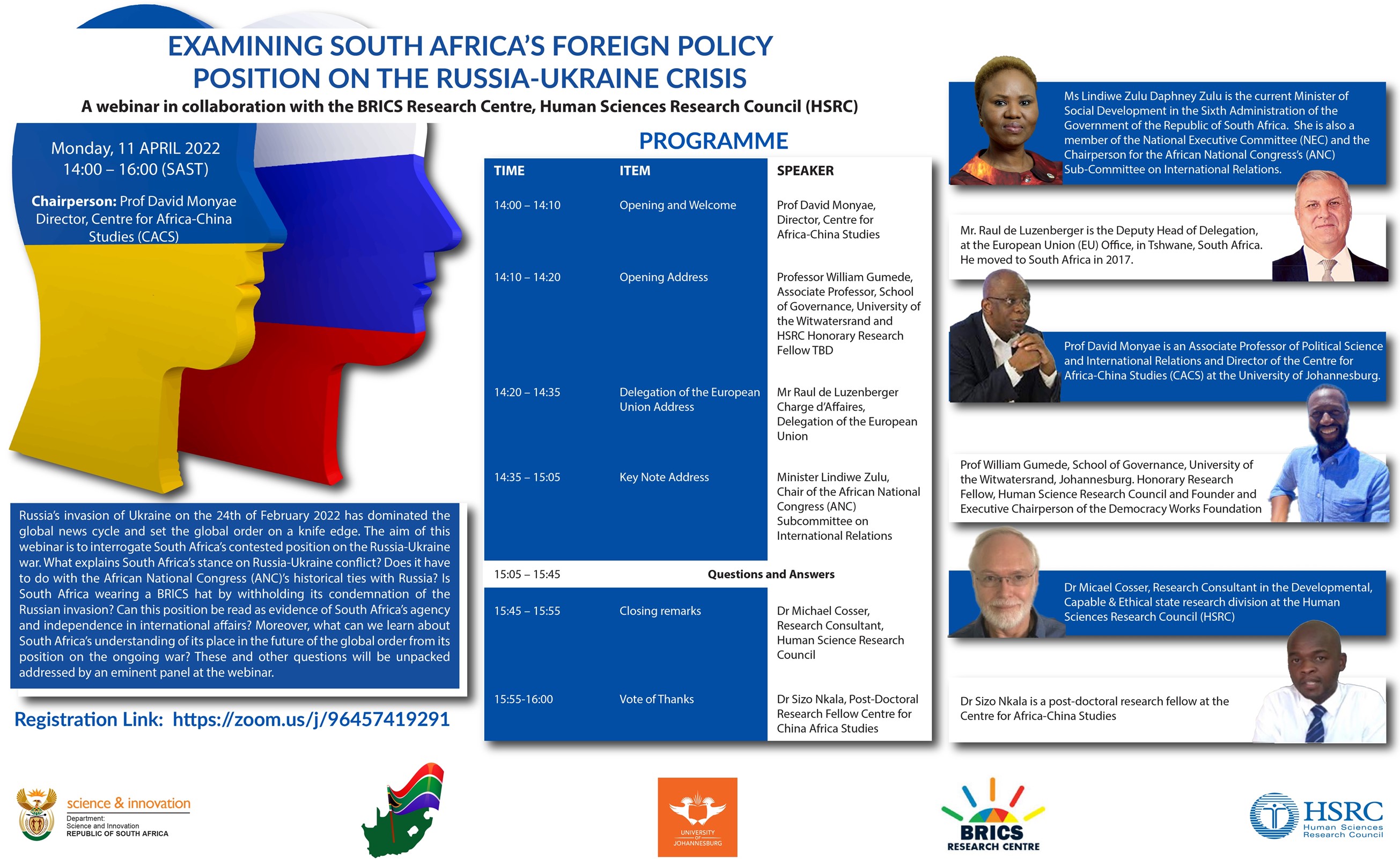