District Six Museum Homecoming Centre, The Book Lounge and Wits University Press invite you to the launch of

THE CAPE RADICALS
Intellectual and political thought of the New Era Fellowship, 1930s-1960s

Join Crain Soudien and literary scholar Shaun Viljoen (author of a biography of Richard Rive) for a discussion on the influential role the New Era Fellowship (NEF) played in redefining concepts of race and nationalism in South Africa.

In 1937 a group of young Capetonians, socialist intellectuals from the Workers’ Party of South Africa and the Non-European Unity Movement, embarked on a remarkable project they called the New Era Fellowship (NEF). Through public debates, lectures, study circles and cultural events a new cultural and political project was born in Cape Town. Taking a position of non-collaboration and non-racialism, the NEF played a vital role in challenging society’s responses to events ranging from the problem of taking up arms during the Second World War to the Hertzog Bills, which foreshadowed apartheid in all its ruthless effectiveness.

A wonderful book, in equal parts inspiring and riveting. Crain Soudien brings alive the courageous and deeply imaginative intellectual-political work undertaken … by a group of brilliant Cape activists … [His] combination of finegrained historical research, careful analysis, anecdote and character study offer a mesmerising reading of a group of people teeming with ideas about how to change the world. — Nadia Davids, Author 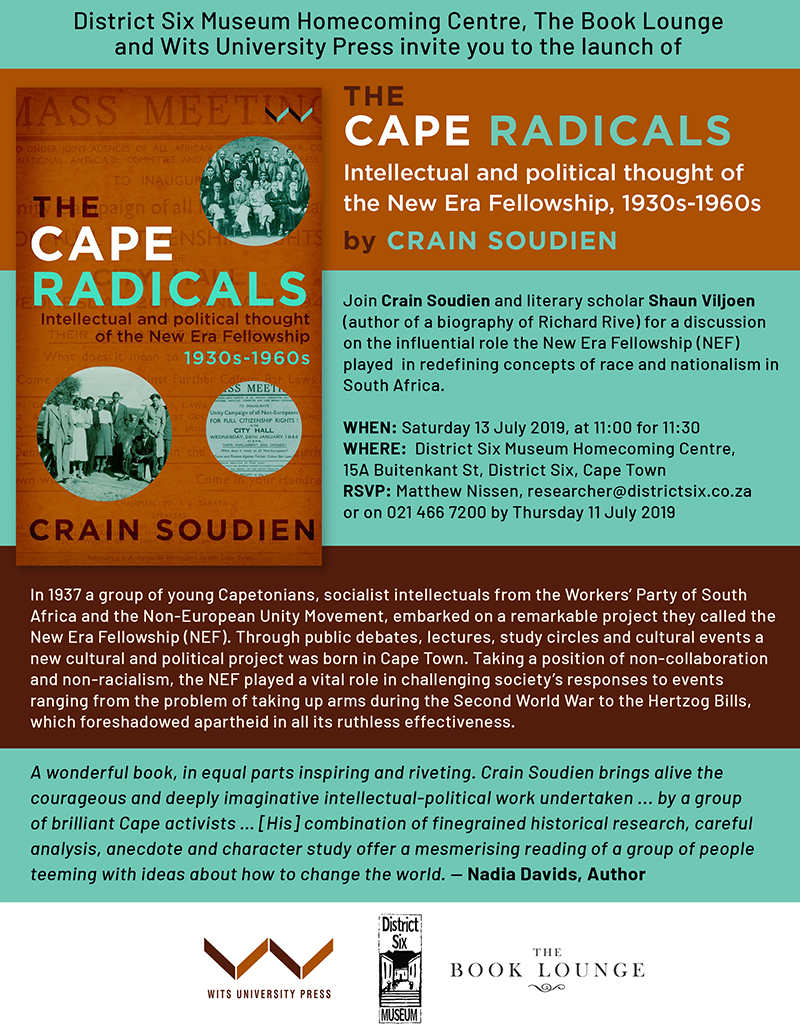