City of Broken Dreams
Myth-making, nationalism and the university in an African rust belt city

City of Broken Dreams brings the global debate about the urban university to bear on the realities of South African rust-belt cities through a detailed case study of the Eastern Cape motor city of East London, a site of significant industrial job losses over the past two decades. The cultural power of the car and its associations with the endless possibilities of modernity lie at the heart of the refusal of many rust-belt motor cities to seek alternative development paths that could move them away from racially inscribed, automotive capitalism and cultures. This is no less true in East London than it is in the motor cities of Flint and Detroit in the US. 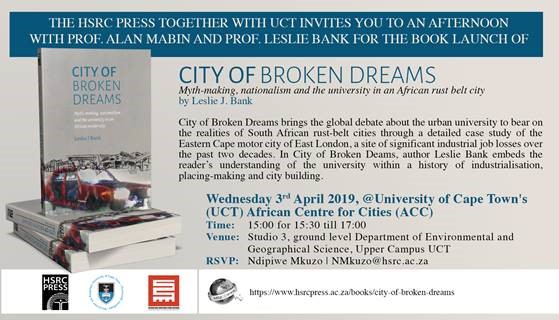